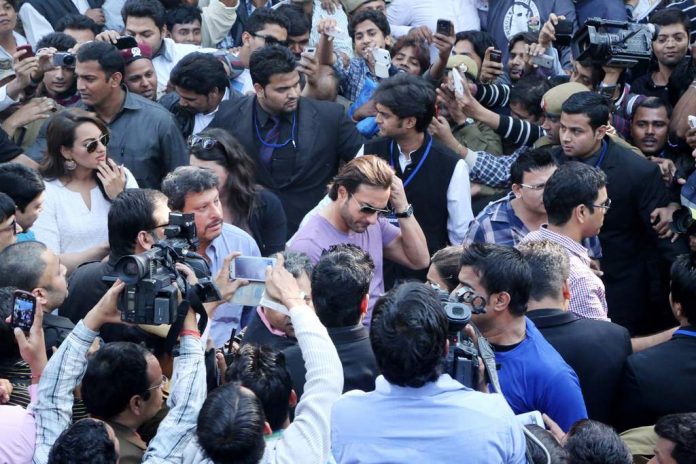 BollywoodGaram.com: Stars of the upcoming movie ‘Bullet Raja’ were on November 27, 2013 spotted promoting their flick in Delhi. Saif Ali Khan, Sonakshi Sinha and director Tigmanshu Dhulia arrived in Delhi for a voting awareness campaign, which was organized by the Delhi Election Commission.

The two stars and the director came two hours late for a press meet and the media demanded an apology, which was refused by the actor. The ‘Race 2’ star said, “I will not apologize because it is not my fault… I was stuck in traffic. I should not be blamed for this chaos and I feel stars should not come to Delhi.”

Saif went on to say that this will be his last visit to Delhi and he will give interviews from Mumbai from now on.