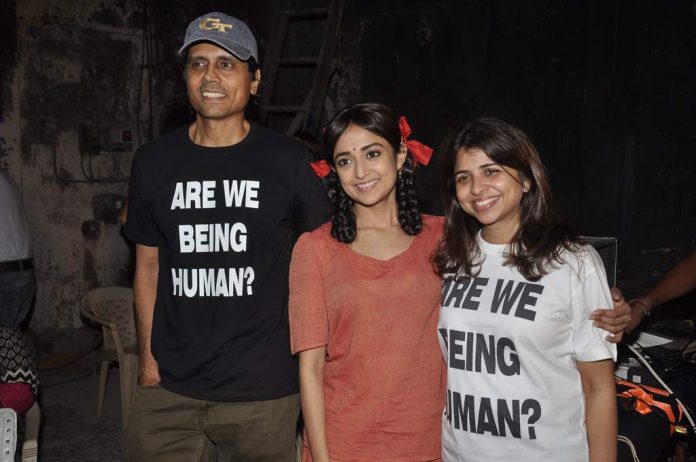 BollywoodGaram.com: Filmmaker Nagesh Kukunoor, Monali Thakur and Kailash Kher were spotted on the sets of the upcoming movie ‘Lakshmi’ at Filmistan Studios on November 27, 2013 in Mumbai. The movie is about human trafficking and child prostitution.

While talking about the movie, Nagesh said that many songs were composed for the movie and the music director Tapas Relia has already embedded three specific songs. The filmmaker went on to say that there is also a Qawwali song which will be played at the end of the flick.

‘Lakshmi’ is produced by Nagesh, along with his long-time collaborator Elahe Hiptoola – who has worked with him on all movies since ‘Dor’ – and Satish Kaushik.