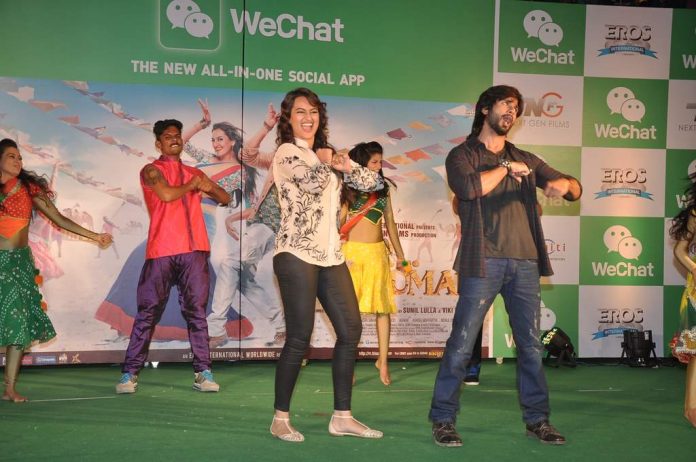 BollywoodGaram.com: Bollywood stars Sonakshi Sinha and Shahid Kapoor were spotted interacting with their fans while they promoted the upcoming movie ‘R…Rajkumar’ at Infiniti Mall in Mumbai on December 1, 2013. The event was also attended by director Prabhu Deva.

Shahid said, “Hi guys, what’s up? First, I want to thank all you guys! We love you! Thank you so much for coming… It’s a Prabhu Deva film and it is the first time I have done a full on action role.” ‘R…Rajkumar’ is an upcoming action movie which is directed by Prabhu Deva and the story follows a young person who works for a drug baron.

The life of Rajkumar – played by Shahid – changes when he meets Chanda, played by Sonakshi.