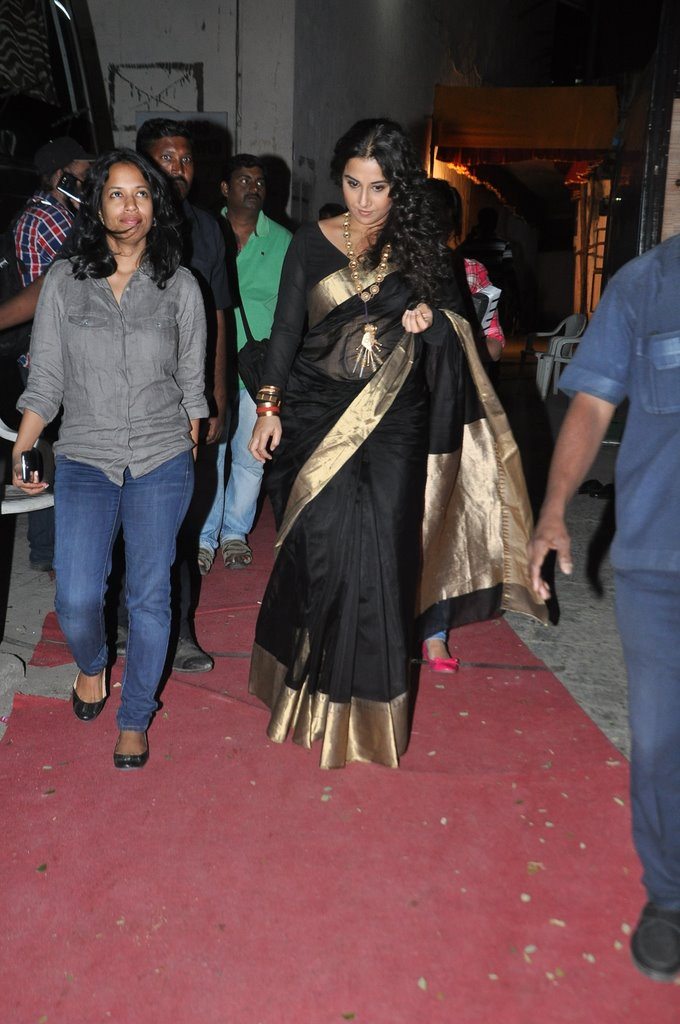 BollywoodGaram.com: Stars Farhan Akhtar and Vidya Balan were spotted on the sets of filmmaker Karan Johar’s ‘Koffee With Karan’ in Mumbai on December 3, 2013. Karan also mentioned on social media about meeting up with the two stars.

Karan tweeted, “Vidya Balan and Farhan Akhtar had a steaming cup of Koffee with me today!!!!” Even Farhan posted that he had a fun time with Karan and Vidya. The ‘Zindagi Na Milegi Dobara’ actor also thanked Karan and his crew for their hospitality.

Vidya was seen dressed in a black sari which had a golden border, while Farhan was dressed casually. The Bollywood stars will soon be seen in the upcoming movie ‘Shaadi Ke Side Effects’.