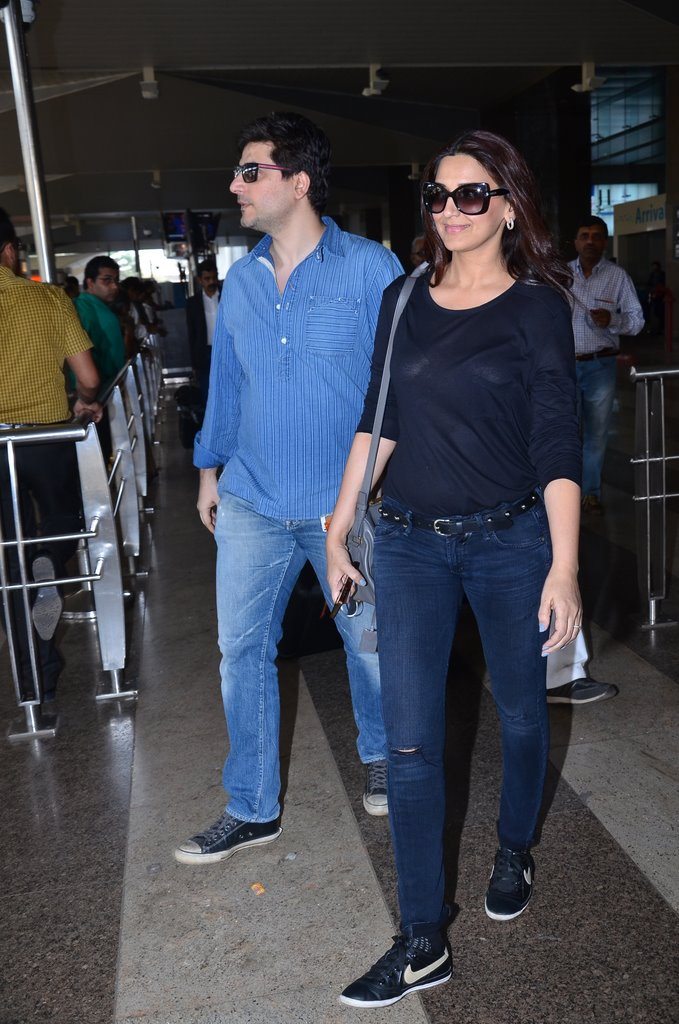 BollywoodGaram.com: Indian actress Sonali Bendre was spotted at the Mumbai Airport returning from Jodhpur, Rajasthan on December 3, 2013. Bendre was in Jodhpur for the trial of the Black Buck case, which also involves superstar Salman Khan.

Apart from Sonali and Salman, other actors, including Neelam, Tabu and Saif Ali Khan have also been accused in the case. The actors were part of the movie ‘Hum Saath Saath Hain’ and they were in Jodhpur for its shooting.

The movie was released on November 5, 1999 and the case took a new turn when fresh charges were made on March 23, 2013. If the stars are convicted, then they might have to face an imprisonment of up to 6 years.