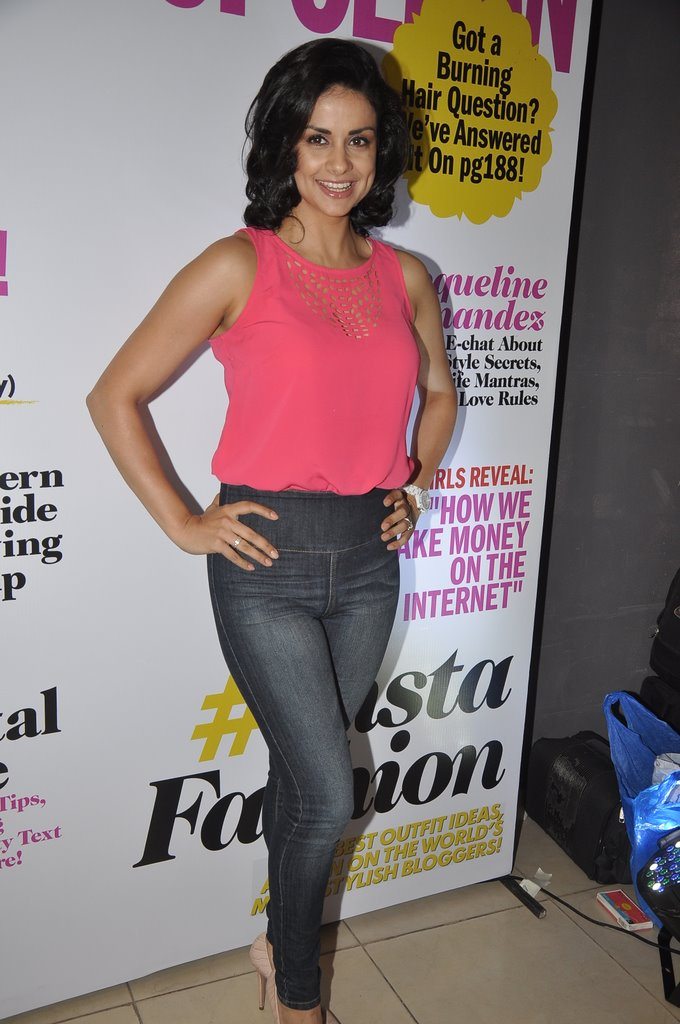 BollywoodGaram.com: Former Miss India Gul Panag attended the launch of Pantaloons Women’s Wednesday at the Phoenix Mills in Mumbai on December 4, 2013. At the event, the actress was spotted wearing a stylish pair of jeans and a pink top.

During the event, Gul said, “Revel, pamper and indulge mean a lot to females and I believe it is a fantastic initiative by Pantaloons that girls will be pampered on Wednesdays.” Panag went on to say that people always wait for weekends to pamper themselves, but it is a great idea to pamper themselves during the week as well.

In 2013, Gul worked on the Punjabi movie ‘Sarsa’ and was seen in the role of Beant. The actress married her long-time boyfriend Rishi Tiwari on March 13, 2011.