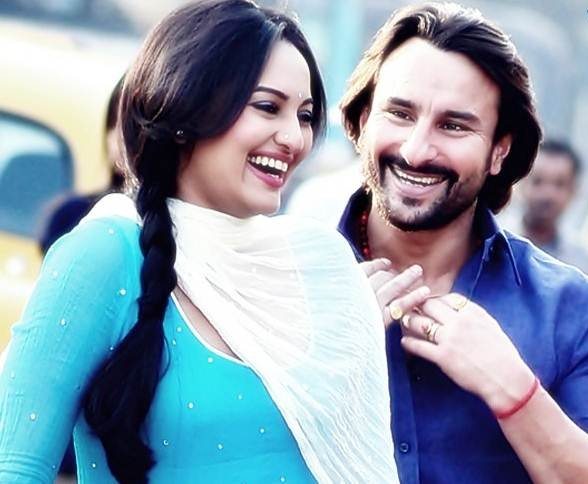 After receiving several praises for his earlier movies, including ‘Saheb Biwi Aur Gangster’ and ‘Paan Singh Tomar’, director Tigmanshu Dhulia has decided to offer a flick which features politics, power, action and love. The new movie is set against the backdrop of the state of Uttar Pradesh-based mafia and addresses the political and industrial powers of the state.

The movie tells a story of Raja Mishra, who transforms into Bullet Raja, a notorious gangster. The director tried his best to show off his skills in the first half of the movie, which flows effortlessly. While watching Saif, one can see a few glimpses of Langda Tyagi from the movie ‘Omkara’, due to his mannerisms and body language.

Sonakshi looks ravishing, just like in the Dabangg series, but does not get to do much. On the other hand, Vidyut Jamwal is the one to be checked out. Overall, the movie might not be one of the finest from the filmmaker, but it can be watched at least once. Without any doubt, the movie’s highlight is Saif’s performance.