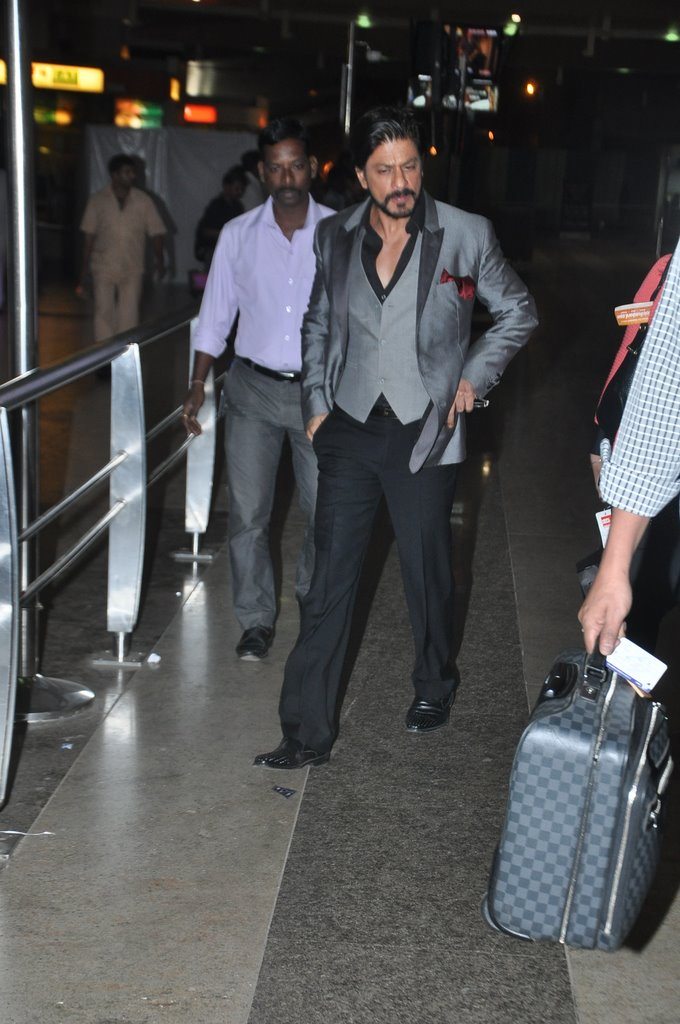 BollywoodGaram.com: Superstar Shahrukh Khan attended the Aaj Tak press conference in Delhi and was spotted returning to Mumbai on December 5, 2013. After his return from the press conference, Khan is all set to resume shooting for his upcoming movie ‘Happy New Year’, which is directed by Farah Khan.

The new movie is produced by Gauri Khan under the Red Chillies Entertainment banner. The movie was originally planned by the makers in 2005, but had to be shelved due to the movie ‘Om Shanti Om’. After a few years, ‘Happy New Year’ finally went on floors on September 1, 2013.

The upcoming movie started shooting in Dubai first and there were reports that the majority of scenes were shot at the prestigious Palm Islands, which are the three artificial islands on the coast of Dubai.