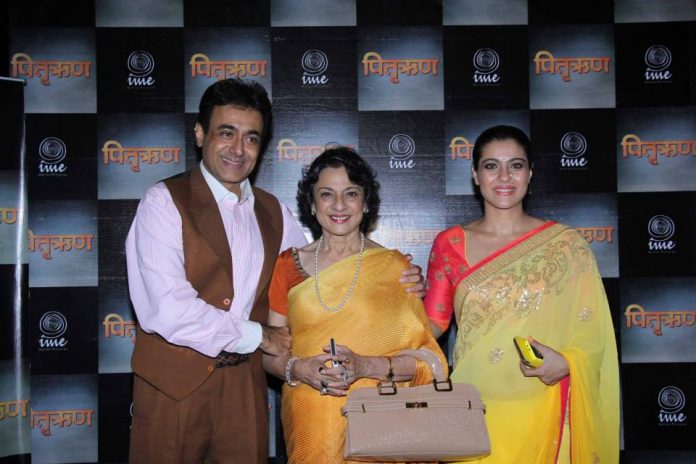 BollywoodGaram.com: Marathi actor and filmmaker Nitish Bharadwaj hosted a premiere of the Marathi directorial venture ‘Pitruroon’. The premiere of the regional movie was attended by several Bollywood celebrities.

Some of the stars who attended the premiere included Ashutosh Gowariker, actress Kajol and actor Sumeet Raghavan. Nitish was seen welcoming the celebrities personally. Other guests at the event also included Mahesh Manjrekar, Vijay Kadam and Jaywant Wadkar. The movie also has Kajol’s mother Tanuja.

For the event, the veteran actress was dressed in a yellow sari, while Kajol opted to carry a Marathi look. The actress in a great mood and was elated with the response from the audience.