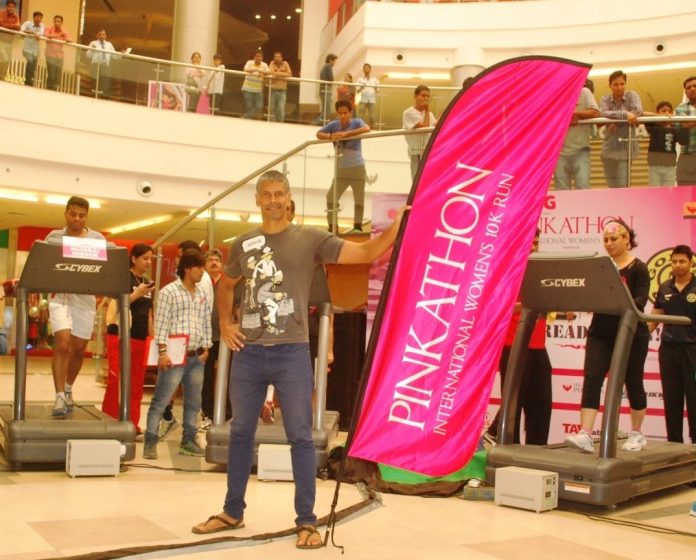 BollywoodGaram.com: As the citizens of Mumbai were gearing up for the Pink Treadathon, participants were spotted collectively running at the Treadathon for Breast Cancer Awareness on December 9, 2013. The Mumbai leg of the ‘HCG Pinkathon International Women’s 10K Run’ will be held on December 15, 2013 and model Milind Soman was seen participating at the event at Phoenix Market City in Mumbai on December 9, 2013.

The teams of men and women from across the city ran for 12 hours non-stop. The event saw five teams on 5 treadmills in a relay format who were running non-stop from 9 am to 9 pm and covered a distance of 580.34 km.

The winning team, Xtreme Sports India will be felicitated during Pinkathon 2013 in the city.