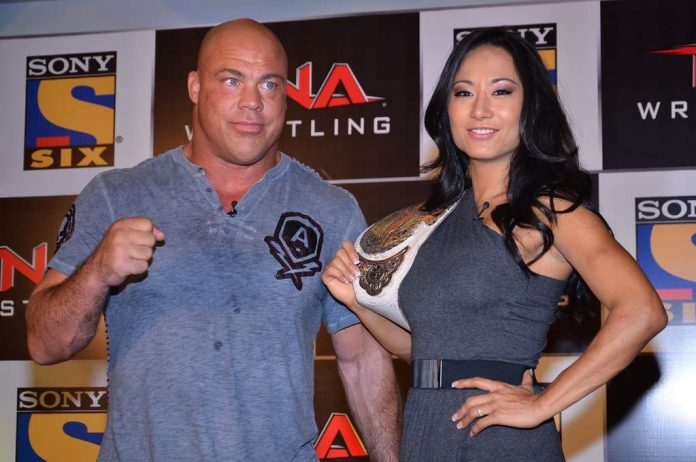 BollywoodGaram.com: Indian sports channel Sony Six and TNA have revealed that two wrestling sensations – Kurt Angle and Gail Kim – will be coming to India. The wrestling stars will be participating in a variety of events to entertain the audiences.

The Olympic gold medalist and multiple TNA world heavyweight champion Angle and famous female wrestler Kim will be travelling in India for a promotional tour, during which they will be visiting Mumbai, Delhi and Lucknow from December 9, 2013 until December 13, 2013. Prasana Krishnan, the business head of Sony Six said that Kurt is a wrestling champion who attracts criticism, but also attracts a huge number of fans globally.

During their visit, the wrestlers will be part of a variety of events to promote wrestling in India.