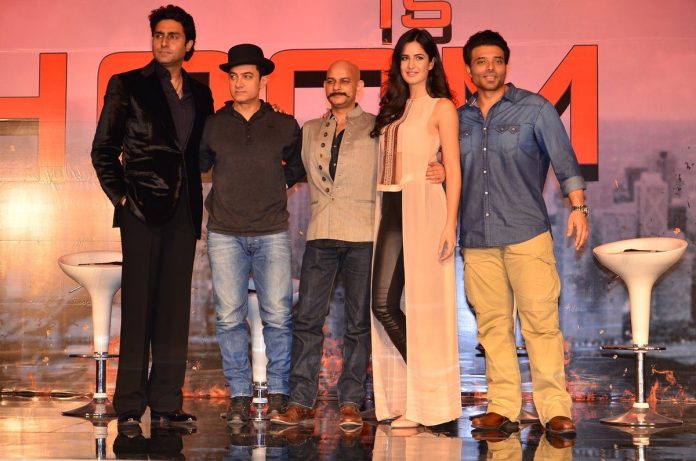 BollywoodGaram.com: The hottest cast of the much awaited movie ‘Dhoom 3’ – Aamir Khan, Abhishek Bachchan, Katrina Kaif and Uday Chopra – were spotted at the press conference in Mumbai on December 10, 2013. During the press meet, Aamir said, “I recently messaged Salman saying I am sending you my hat… please wear it at some event, it will help us but I didn’t know he will wear it directly in ‘Bigg Boss’…” .

Khan went on to say that this showed Salman’s generosity, as ‘Dhoom 3’ is not his movie, but he is still helping them a lot.

Khan also said that marketing is something which is taken care of by the producer and the director and that they believe in less is more.