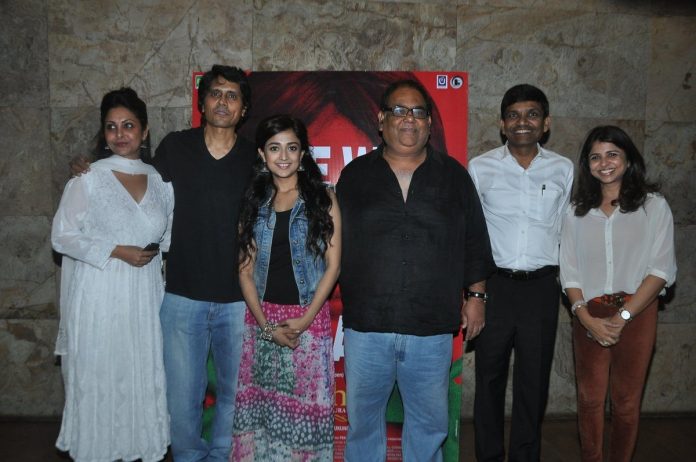 BollywoodGaram.com: The makers of the upcoming movie ‘Lakshmi’ held a special screening at Light Box in Mumbai on December 10, 2013. The screening was attended by Raghu-Rajiv of ‘Roadies’ fame, actress Shamita Shetty and Rannvijay Singh.

The movie is directed by Nagesh Kukunoor and is a story of a girl who is forced into prostitution. The girl is tortured and is forced to sleep with several men. While talking about the flick in a recent interview, Kukunoor said that it is a true story and that he does not think of box office results when he makes a movie.

Kukunoor went on to say that he does not know how many people will watch his movie, but knows that there is an audience out there who will watch ‘Lakshmi’.