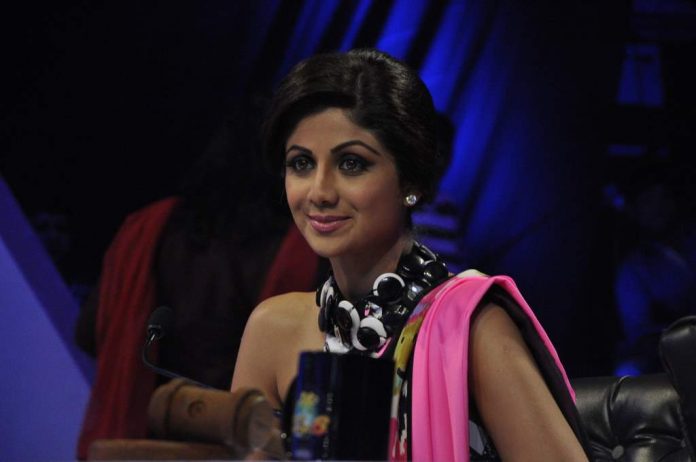 BollywoodGaram.com: Bollywood actress Shilpa Shetty was recently spotted on the sets of the celebrity dance reality show ‘Nach Baliye’. As usual, Shilpa stole the show with another killer look. The ‘Dhadkan’ actress is one of the judges on the show, which also include choreographer Terrence Lewis and filmmaker Sajid Khan.

Shilpa was seen wearing a black and pink sari and looked amazingly slim, as she is back in shape after the birth of her son Viaan, who was born on May 21, 2012.

Shetty married Raj Kundra, a Delhi-based businessman on November 22, 2009 and announced that she is officially Shilpa Shetty Raj Kundra.