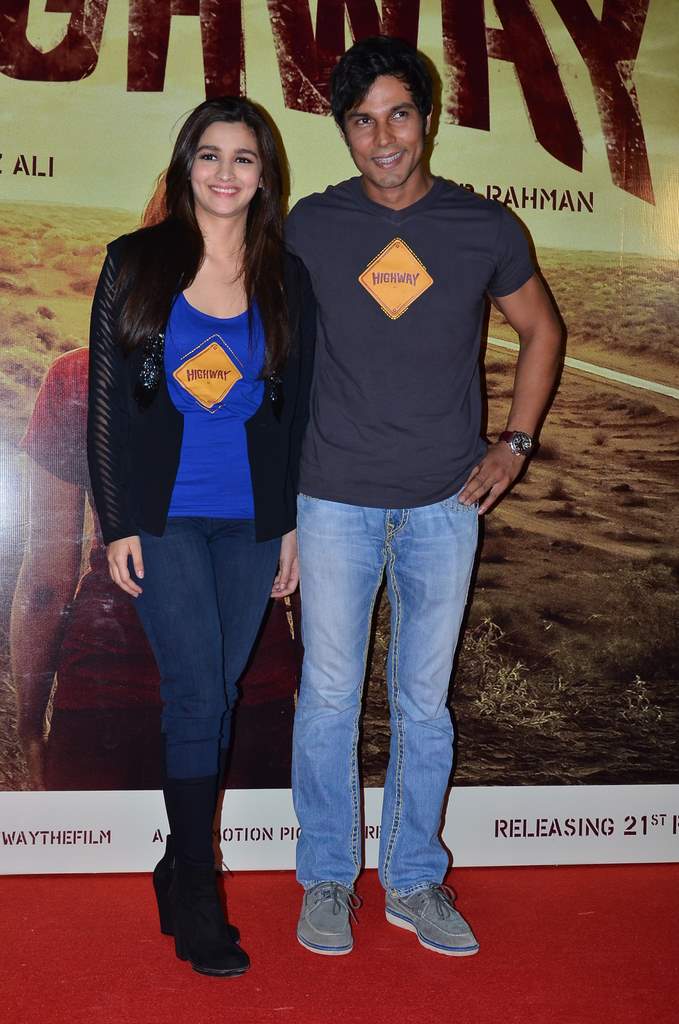 BollywoodGaram.com: Star cast of the upcoming movie ‘Highway’, Alia Bhatt and Randeep Hooda launched the first look of their flick at PVR Cinemas in Mumbai on December 16, 2013. The event was also attended by the Academy Award-winning music composer A. R. Rahman and director Imtiaz Ali.

While talking to the media, Alia said, “I was a bit confused when Imtiaz came with the offer. At the same time I was overwhelmed that he came up with a challenging film and role.” The actress also talked about her co-star Randeep Hooda and said that she has learnt a lot while working with him.

The music for the upcoming movie has been composed by Rahman.