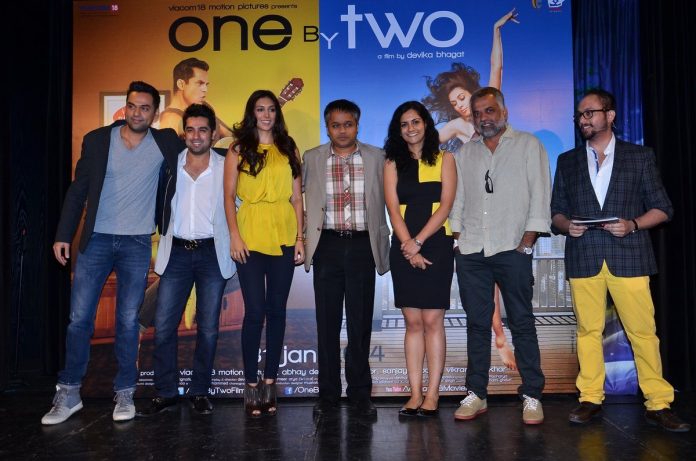 BollywoodGaram.com: Indian actor Abhay Deol appeared with his girlfriend Preeti Desai to launch the first look of his upcoming movie ‘One By Two’ in Mumbai on December 18, 2013. This is the first time that the real-life couple Abhay and Preeti will be seen in a movie together.

The new flick is about the parallel lives of two people and how a series of coincidences bring them together. The music for the movie is composed by Shankar-Ehsaan-Loy and also stars Rati Agnihotri, Lillete Dubey and Darshan Jariwala.

The movie is written and directed by Devika Bhagat. During the launch event, Abhay said that he enjoyed the script and readily agreed to work with Devika.