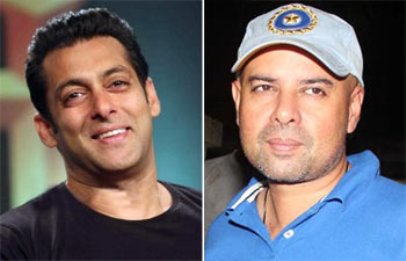 Bollywood megastar Salman Khan will soon be seen in a cameo role in Atul Agnihotri’s upcoming production. Filmmaker Atul is also the brother-in-law of Salman. This is not their first collaboration, as Atul made the movie ‘Bodyguard’ earlier, which starred Kareena Kapoor along with Khan.

After the success of this movie, the producers are all set to begin work on the upcoming project ‘O Teri’. Atul, while talking to the reporters, said, “He (Salman) is there in the film. He is doing a cameo. He has a song and few scenes to do”. However, the filmmaker did not share any additional details about the movie.

Agnihotri made his directorial debut with the movie ‘Dil Ne Jise Apna Kaha’, which starred Bhumika Chawla, Preiti Zinta and Salman in the lead. Afterwards, the filmmaker produced the movie ‘Hello’ in 2008, which was based on Chetan Bhagat’s book ‘One Night At a Call Centre’. The movie also had Salman in a cameo role. Atul, while talking about Salman, said that he is a part of his life, is supportive and that they share a good relation.

The upcoming movie features Pulkit Samrat and Sarah Jane Dias in the lead roles and is likely to be released by the end of this year. The movie will be directed by debutant Umesh Bhisht and is almost complete with a little work left to do.