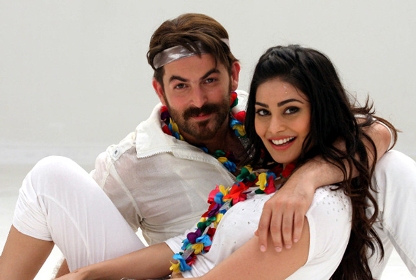 Upcoming Bollywood movie ‘Shortcut Romeo’ with Neil Nitin Mukesh and Puja Gupta was about to scorch the screens with their passionate kissing scene. However, the Central Board of Film Certification has objected to the content of the scene and has asked the makers to cut it from the final version. The censor board has certified the movie with a U/A certificate, but the lip-lock scene of Neil and Puja was not approved by the members of the board.

After the editing process, only 50 percent of the scene will be portrayed. This report was confirmed by the debutant director Susi Ganeshan, who said, “The film has got a U/A certificate with cuts. It is a very intense drama, which has a strong message in it. The liplock scene between Neil and Puja has been reduced to 50 percent. So, the kissing scene has been diluted as per request of the censor board.”

Ganeshan went on to say that the lip-lock scenes have become very common in Bollywood, but they are still a big deal in the south. The director said that he felt that the kissing scene was essential, as it went along with the flow of the movie. Ganeshan made a hit debut with the Tamil movie ‘Five Star’ and also offered movies like ‘Thiruttu Payale’, ‘Virumbugiren’ and ‘Kanthaswamy’.