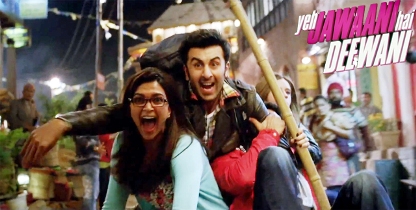 Bollywood stars Ranbir Kapoor and Deepika Padukone recently teamed up, after a five-year break, for the movie ‘Yeh Jawani Hai Deewani’ (YJHD), for which they hit the jackpot as the box office collections are still ringing. The latest movie, directed by Ayan Mukherjee has turned out to be an instant hit with the audience.

After the huge success of YJHD, Imtiaz Ali is thinking of casting the super duo of the year for his upcoming project. It is believed that the filmmaker already finalized the search for the male lead in his project, as he will cast Ranbir for the role, but he is still looking for a female lead. Recent reports have claimed that Deepika will be finalized for the role opposite Ranbir, which will once again bring the former couple back on screen.

The project is yet-to-be-titled and will be produced by Sajid Nadiadwala. Ranbir and Deepika have starred together in the past, in the blockbuster movie ‘Bachna Ae Haseeno’, which did well at the box office. Deepika is known to share a great equation with the director, as she worked with for in the movie ‘Love Aaj Kal’ in 2009.

Attempts were made to contact Deepika, Sajid and Imtiaz but no one was available for comments.