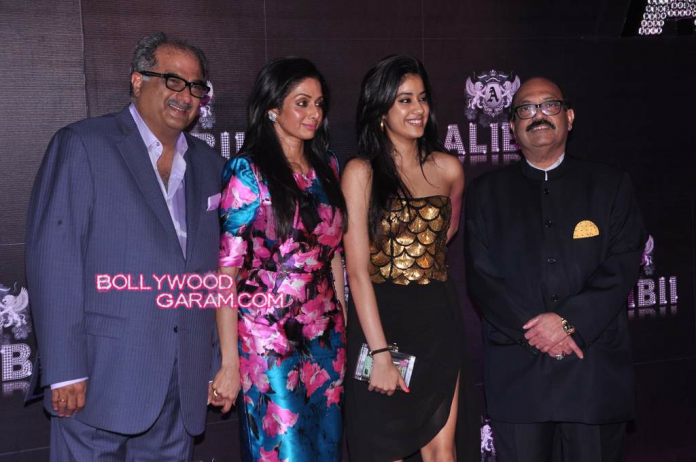 The ‘Sadma’ actress – who turned 50 on August 13, 2013 – showed up with her family, including husband Boney Kapoor and daughter Jhanvi. The event was also attended by Boney’s brother, Anil Kapoor, along with his wife Sunita.

The movie ‘English Vinglish’ features an incredible performance by Sridevi and she also starred in some other major hits like ‘Chaalbaaz’, ‘Himmatwala’ and ‘Judaai’, before she retired from acting after she married Boney Kapoor.