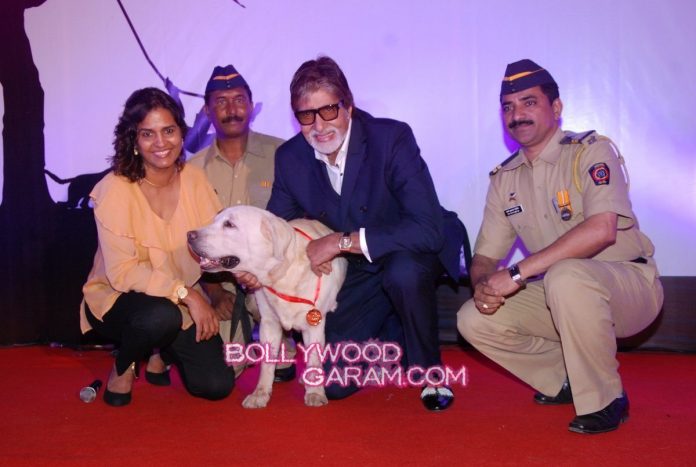 Amitabh Bachchan Graced the Pawsitive Peoples’ Awards With His Pawsitivism!

At the awards, Mr. Bachchan said: “We must look after stray dogs and pets who are on the streets, homeless, without food and shelter; we try and do as much as we can for them.”

He went on to say: “I think we really need to have a more serious look at these desperate animals that move around on the streets and give them a home and make them a part of our family.”

Dolly Thakore, Simone Singh, Cyrus Broacha, Maria Goretti were among the other stars at the event. The Mumbai police dog force was also present which saw one of the police dogs demonstrating a few tricks.