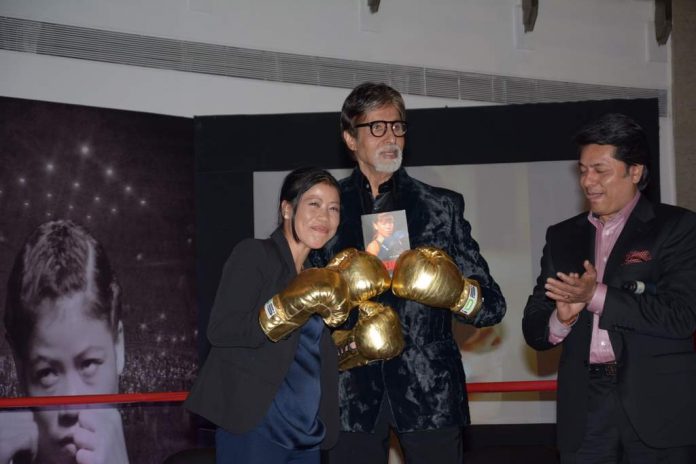 BollywoodGaram.com: Bollywood superstar Amitabh Bachchan unveiled the autobiography of the Olympic medal-winning boxer Mary Kom, at an event which was held at Landmark Store in Mumbai on December 9, 2013. As usual, Amitabh mentioned about the event on his blog.

Mr. Bachchan wrote, “And then the absolute joy of being with Mary Kom, our national pride, to release her biography..” While talking to the media, Kom said that her struggle has been one that many in the country face, especially women.

While talking about the reason why she penned her story, Kom said that she wanted others to read it and get inspired to achieve what she has so far.