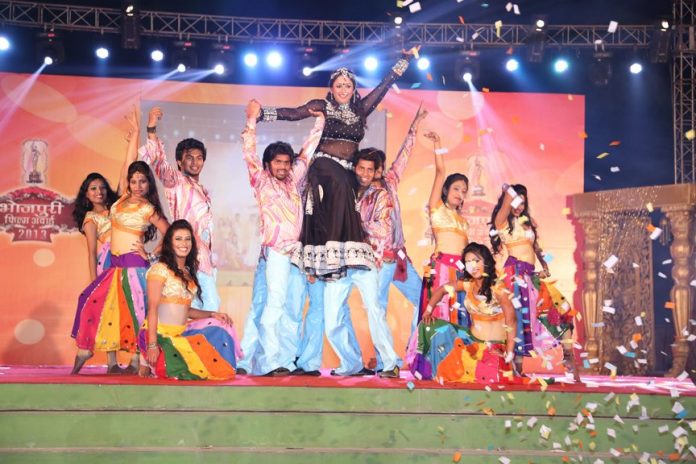 BollywoodGaram.com: The city of Lucknow glittered on December 21, 2013, as the Bhojpuri Film Awards ceremony was held for the very first time at Dayal Royal Club. The ceremony was attended by a couple of noteworthy politicians, which only added to the importance of the glamorous event.

The Best Actor Male award was given to Dinesh Lal Yadav for his outstanding performance in ‘Ek Duuje Ke Liye’ and the Best Actor Female award was given to Rani Chaterjee for her amazing performance in ‘Nagin’. The Best Bhojpuri Film Award was claimed by ‘Ek Duuje Ke Liye’. Apart from the awards, the show featured plenty of entertainment, including dance and music.