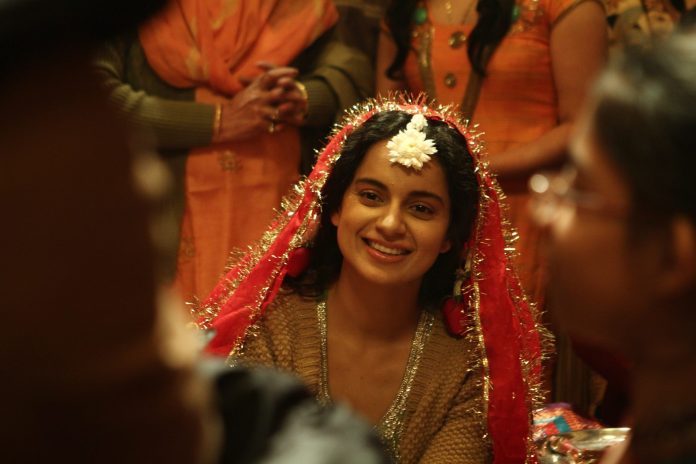 BollywoodGaram.com: Makers of the upcoming movie ‘Queen’ have released a wedding song ‘London Thumakda’, which is already creating buzz online. The latest song from the Kangna Ranaut starrer movie has all the potential to become the ultimate tune during the upcoming wedding season.

‘Queen’ is an upcoming Bollywood romantic drama directed by Vikas Bahl and it stars Lisa Haydon and Rajkummar Rao as the lead characters. The movie was premiered at the Busan Film Festival in October 2013 and it follows the story of a young Punjabi woman who’s family is very conservative.

Rani receives shocking news that her fiancé is canceling their wedding, but she decides to take the honeymoon by herself.