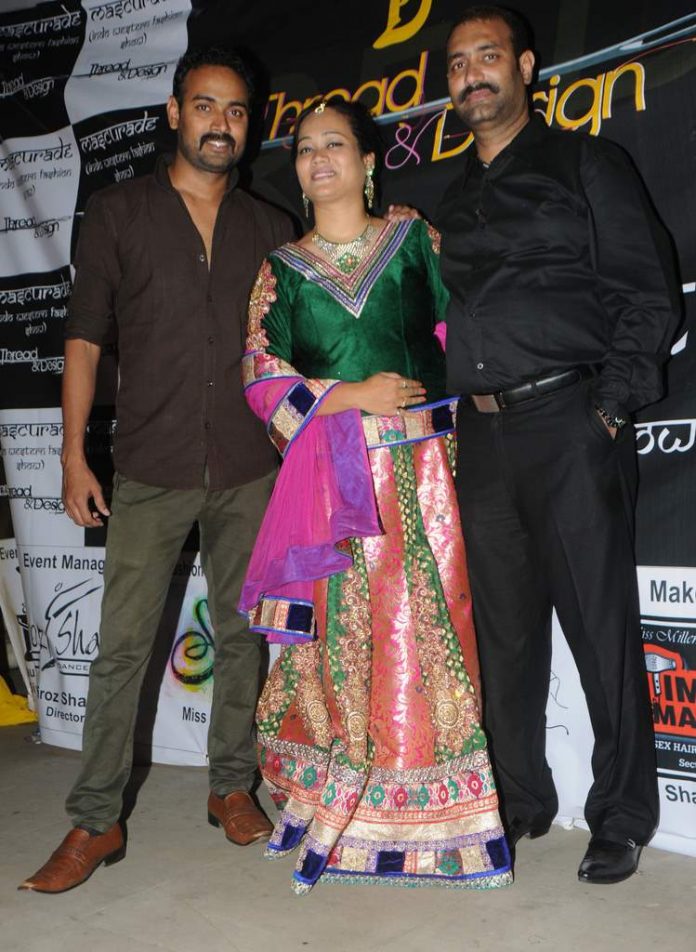 BollywoodGaram.com: Director of Thread & Design, Fauzia Shaikh started an initiative to promote new fashion designers by giving them a platform to showcase their creations. A fashion show was organized at the Park Hotel CDB Belapur in Navi Mumbai on January 8, 2014. The event was merged with a cause of spreading awareness about road ethics.

Fashion has always been a great way of attracting attention and merging it with a cause can help in attracting a large number of people. As more and more people are familiar with the show, new designers have the opportunity to display their creations to a larger audience.

The newcomers got the much-needed exposure and some of the designers who were promoted included Sneha Das, Manju and Meena, Neeha Mukadam with Fauziya Shaikh.