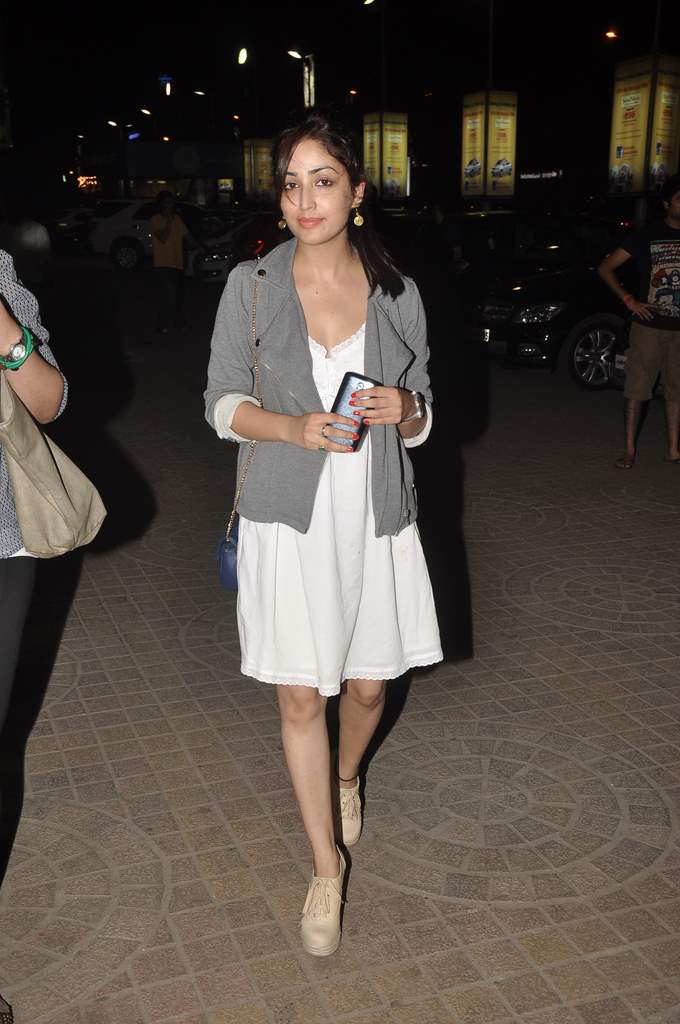 Indian actress Ileana D’Cruz took out time to check out the 3D version of the classic hit ‘Sholay’ at a theatre in Andher in Mumbai on January 8, 2014. Though the ‘Barfi’ actress opted to keep it simple, she still managed to look ravishing in a white little dress and a grey jacket.

The actress is known for her work in Telugu and Tamil movies and started off in Bollywood with the movie ‘Barfi’ opposite Ranbir Kapoor and Priyanka Chopra. Ileana was last seen in the movie ‘Phata Poster Nikla Hero’ opposite Shahid Kapoor. The actress is now looking forward for two releases in 2014 which include ‘Happy Ending’ and ‘Main Tera Hero’.

D’Cruz for her performance in ‘Barfi’ has received several awards including Best Female Debut and Most promising New comer.