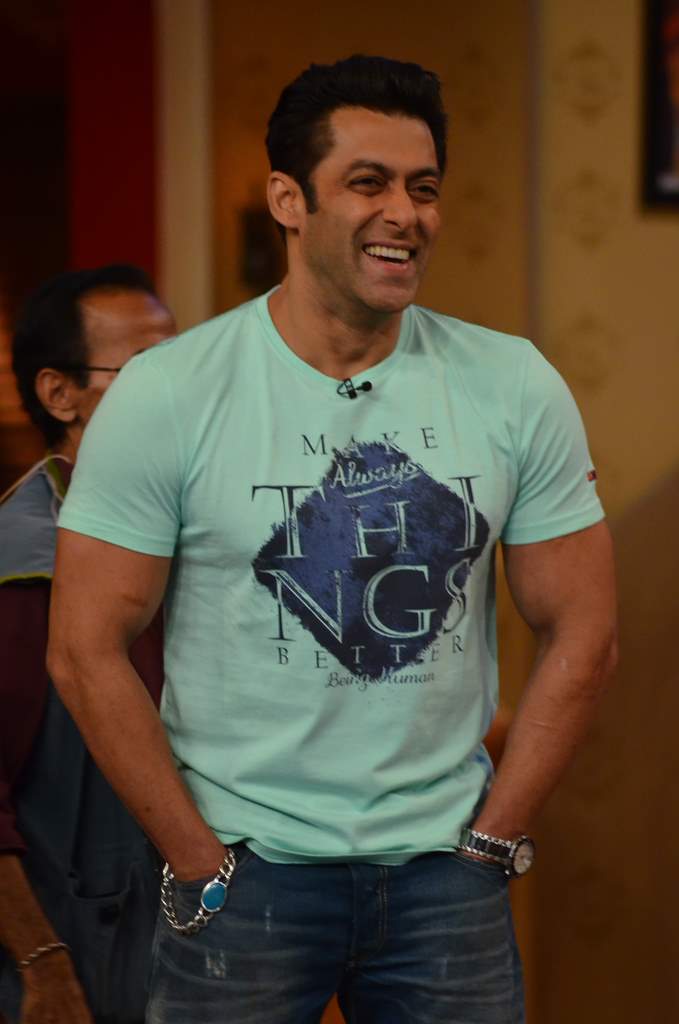 BollywoodGaram.com: Superstar Salman Khan promoted his upcoming movie ‘Jai Ho’ on the sets of ‘Comedy Nights With Kapil’ in Mumbai on January 9, 2014. The Bollywood actor was accompanied by co-star Daisy Shah and Sohail Khan for the promotions.

The stars had a great time on the show with characters played by Ali Asgar and Kiku Sharda, among others. Before shooting for the episode, comedian Kapil Sharma tweeted, “Today shooting with Salman bhai and Sohail bhai…” The movie ‘Jai Ho’ is directed by Sohail Khan and is all set to released on January 24, 2014.

‘Jai Ho’ also stars Tabu, Suniel Shetty and Sana Khan and is a remake of the Telugu movie ‘Stalin’.