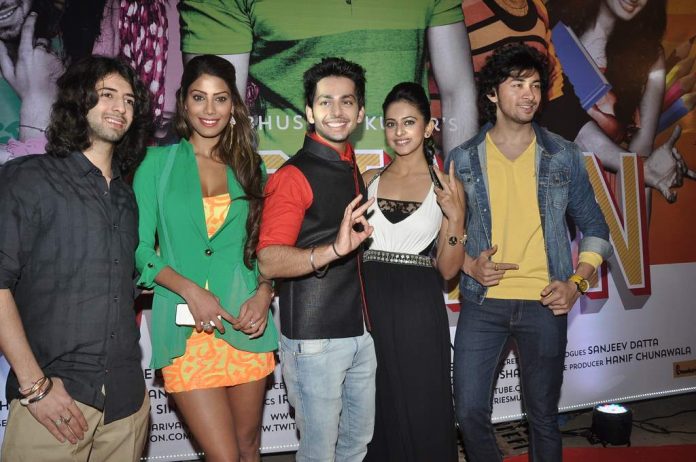 BollywoodGaram.com: Following the successful release of the movie ‘Yaariyan’, the entire team gathered for a success bash which was held in Mumbai on January 16, 2014. The cast and crew attended the event, including the movie’s director Divya Khosla Kumar.

During the event, the director said, “As you all know, we had to face a very strong competition (Dedh Ishqiya), we all were new comers, my star cast and I, and on the other side there were veterans and it was really tough for us to decide to release the film on 10th January”.

Divya went on to say that it was the media and the audience who supported ‘Yaariyan’, which resulted in a positive response. The flick hit the theaters on January 10, 2014 and is a young college-based romance adventure.