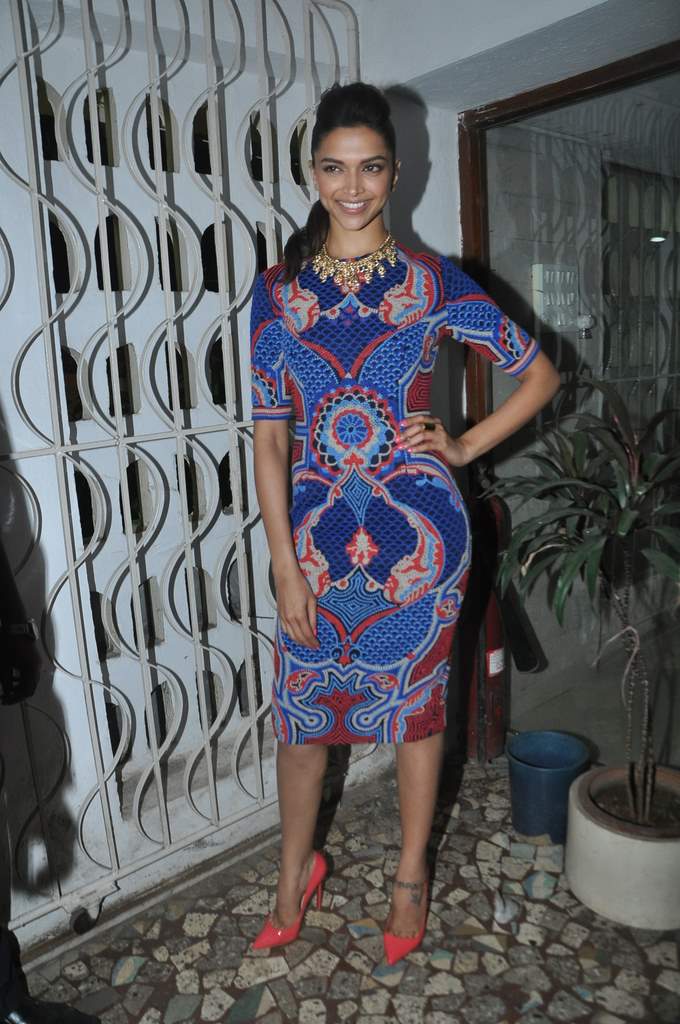 BollywoodGaram.com: Bollywood actress Deepika Padukone attended the launch of Stardust Magazine’s first cover in 2014 at Magna House in Mumbai on January 15, 2014. The ‘Om Shanti Om’ actress appeared in a blue dress with an interesting print for the event.

During the event, the stunning actress interacted with the media and shared that she was a bit disappointed that all her movies were released in the same year. Padukone expressed that she wanted her movies to be a bit spaced out, which would have given the audience some breathing time.

Deepika starred in some of the biggest hits of 2013, including, ‘Chennai Express’, ‘Ram-Leela’ and ‘Yeh Jawani Hai Deewani’.