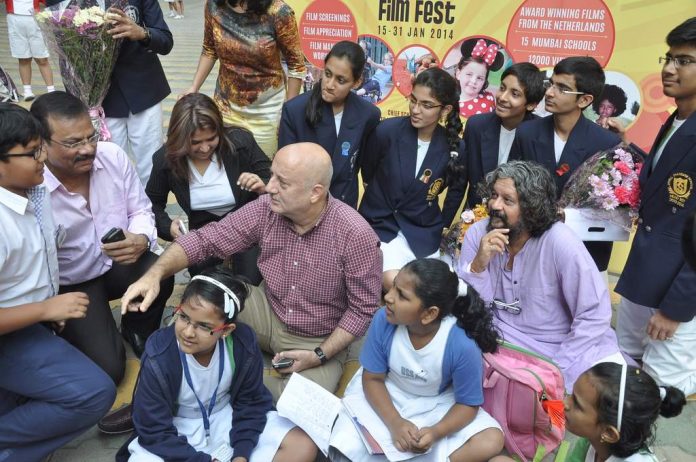 BollywoodGaram.com: Actor Anupam Kher was snapped attending the Dutch Film Festival, which was held at Utpal Sanghvi School on January 15, 2014. During the event, the actor interacted with the school children and obliged for pictures with them.

Filmmaker Amol Gupte – known for his movie ‘Stanley Ka Dabba’ – also attended the event. The festival showcased children’s movies which were made in the Netherlands. In 2013, Kher seen in movies like ‘Special 26’, ‘Midnight’s Children’, ‘Mai’, ‘Chashme Baddoor’ and ‘Yamla Pagla Deewana 2’.