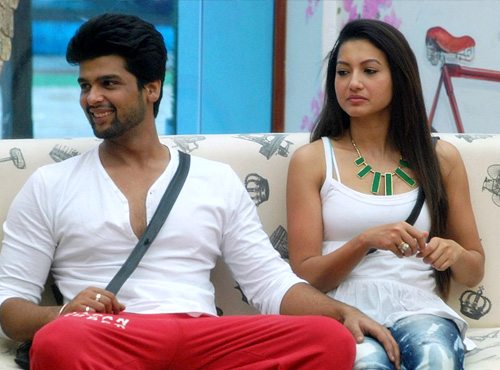 BollywoodGaram.com: It has been a month since the latest season of ‘Bigg Boss’ came to an end. Gauahar Khan and Kushal Tandon – who fell in love while in the house – are now all set to participate in the upcoming season of the reality show ‘Khatron Ke Khiladi’.

Other participants on the show include Mugdha Godse, Daya Shetty of CID fame, actress Mahi Vij and Pooja Gor. After Gauahar and Kushal finished their stint in ‘Bigg Boss’, Gauahar walked away with Rs. 50 lakh and the two were seen spending time together and celebrating New Year’s Eve in Goa.

The show ‘Khatron Ke Khiladi’ was earlier hosted by Akshay Kumar and Priyanka Chopra, but as the two superstars are busy with other commitments, Shetty walked in to play the host. There will be a total of 14 celebrities on the show, who will be particpating in different tasks and challenges. The reality show is expected to go on air in March 2014 or April 2014.