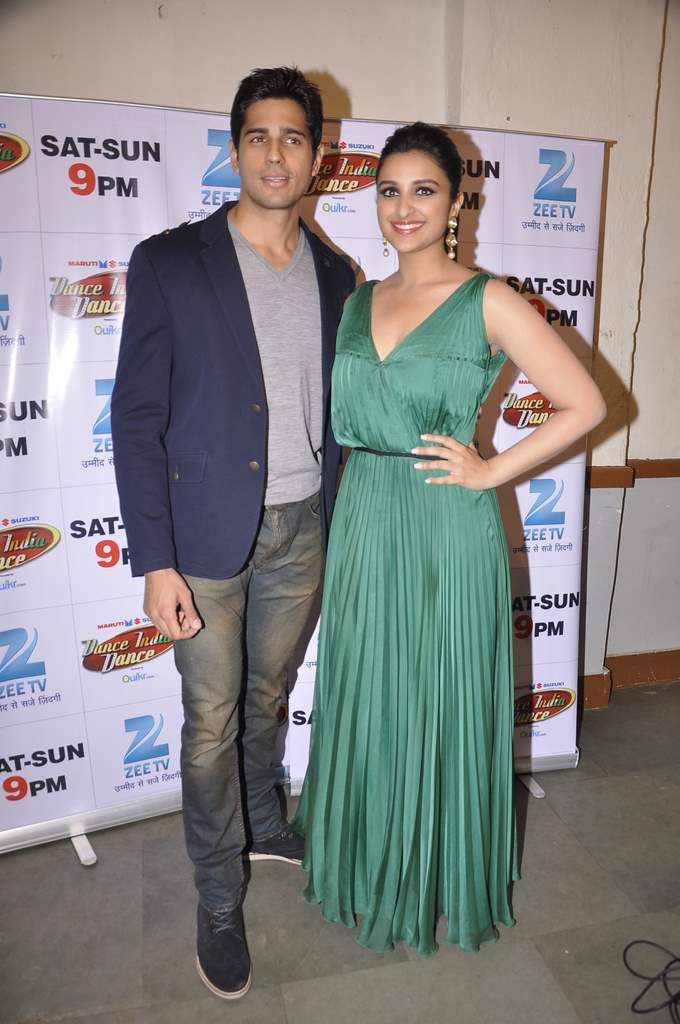 While on the sets, Chopra talked about the music from her movie and said that they had just two to three songs when they were making the film and the love songs were made after that. During the promotions, the gorgeous star was seen wearing a green dress, while Sidharth looked cool in jeans, gray t-shirt and a navy blazer.

‘Hasee Toh Phasee’ is an upcoming romantic comedy directed by Vinil Matthew and produced by Karan Johar and Anurag Kashyap.