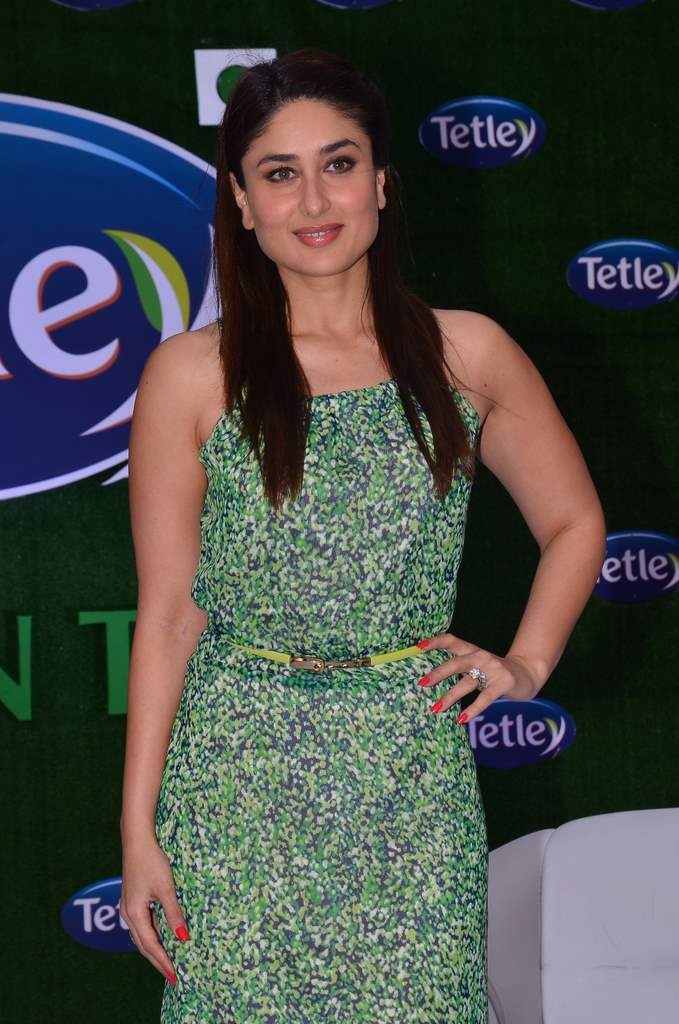 BollywoodGaram.com: Bollywood star Kareena Kapoor launched Tetley green tea during an event which was held at Hotel Taj Lands End in Mumbai on January 21, 2014. The ‘Jab We Met’ actress looked pretty in a green dress for the occasion.

The event was also attended by actresses Gul Panag and Mandira Bedi. Vikas Grover, the vice president of marketing for Tata beverages said that the actress is known for maintaining a healthy lifestyle and is also popular among the masses. The vice president went on to say that Kapoor believes in a healthy lifestyle, due to which she was the perfect fit to take the brand forward.