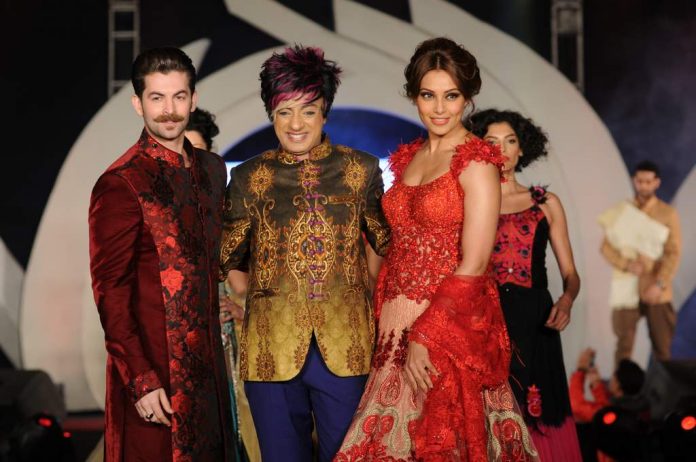 BollywoodGaram.com: Bengali beauty Bipasha Basu and handsome hunk Neil Nitin Mukesh set the runway on fire when they appeared as showstoppers at Rohit Verma’s Marigold Watches fashion show which was held in Guwahati on January 22, 2014.

Mukesh took to his Twitter account and wrote, “In the beautiful city of Guwahati, with Bipasha Basu”. Celebrity designer Rohit Verma showcased his Durga collection in the city which featured plenty of red-colored outfits for the season. Bipasha looked gorgeous in a red outfit, while Neil stole the show as well in a red sherwani.

The ‘Raaz’ actress is looking forward to a number of her movies which are due to be released in 2014.