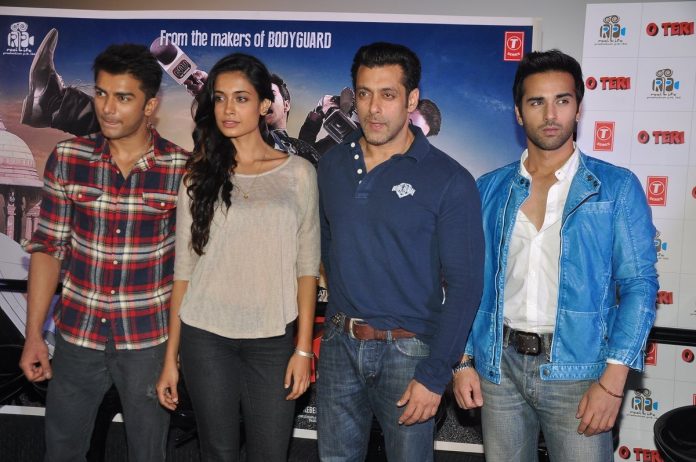 BollywoodGaram.com: Bollywood superstar Salman Khan unveiled the official trailer video for his brother-in-law Atul Agnihotri’s upcoming movie ‘O Teri’ on January 23, 2014. During the launch event, Khan also revealed that he will be seen in a song from the movie.

The movie is produced by Agnihotri and is directed by Umesh Bisht. ‘O Teri’ stars Sarah Jane Dias and Pulkit Samrat. While talking to reporters, Khan said that Pulkit came with a script which he liked and the movie turned out to be a good one, due to which he is doing a song in it.