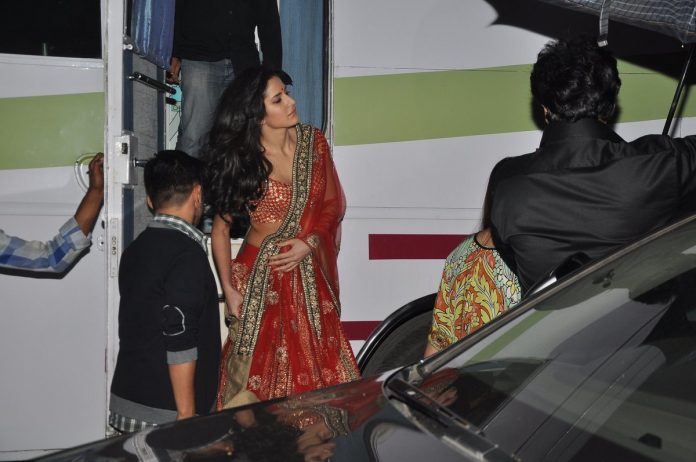 BollywoodGaram.com: The former Bollywood couple – Katrina Kaif and Salman Khan – were snapped  at  Mehboob Studios in Mumbai on January 22, 2014. Salman was there to launch the official trailer video for Atul Agnihotri’s movie ‘O Teri’, while Katrina was at the same studio to shoot a commercial.

Reports said that Katrina and Salman’s paths have crossed and Katrina was seen chatting with Salman’s sister Alvira Khan. Media reports claimed that before leaving the venue, Khan gave Katrina a warm hug, as she stayed a bit longer to shoot for the commercial. At the studio, Katrina was seen in a red outfit, while Salman arrived in casuals for the trailer video launch event.