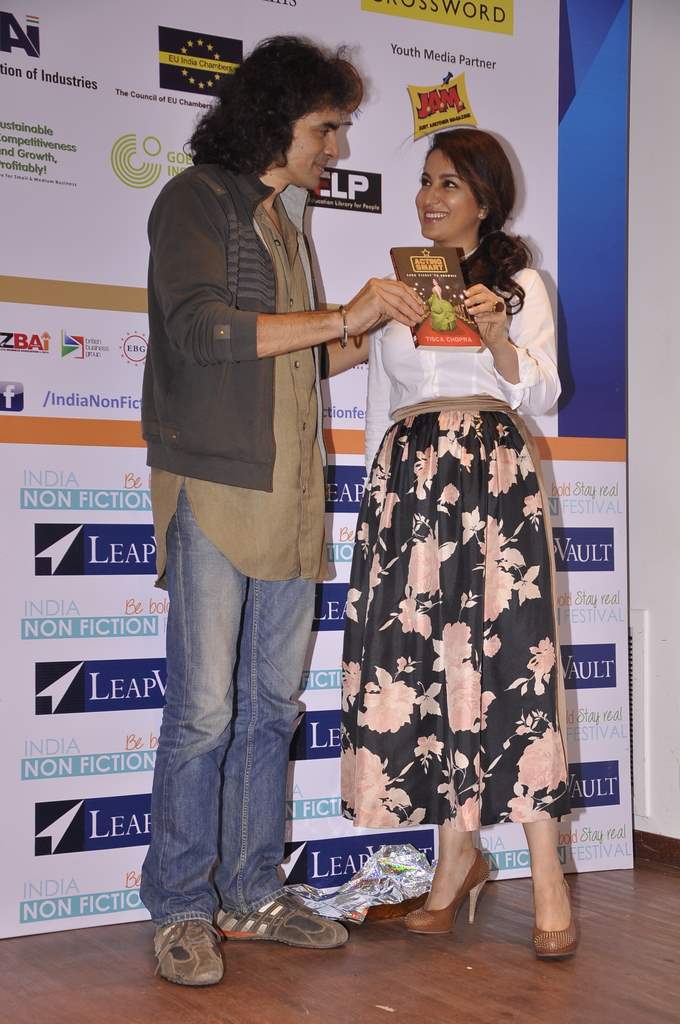 BollywoodGaram.com: Bollywood filmmaker Imtiaz Ali revealed a book penned by the actress-turned-author Tisca Chopra in Mumbai on January 26, 2014. Ali launched the book titled ‘Acting Smart’, which has been released exclusively for people who are crazy about movies and for people who are trying to venture into the movie industry.

Tisca has always been fond of books and is an avid reader and some of her favorite authors are Oscar Wilde, PG Wodehouse and Stephen King. Ali – who is a close friend of Tisca – not only launched the book, but has also contributed a couple of episodes and anecdotes in it along with Raju Hirani, Boman Irani, Shabana Azmi and many others.

The event saw Tisca and Imtiaz talking to the audience.