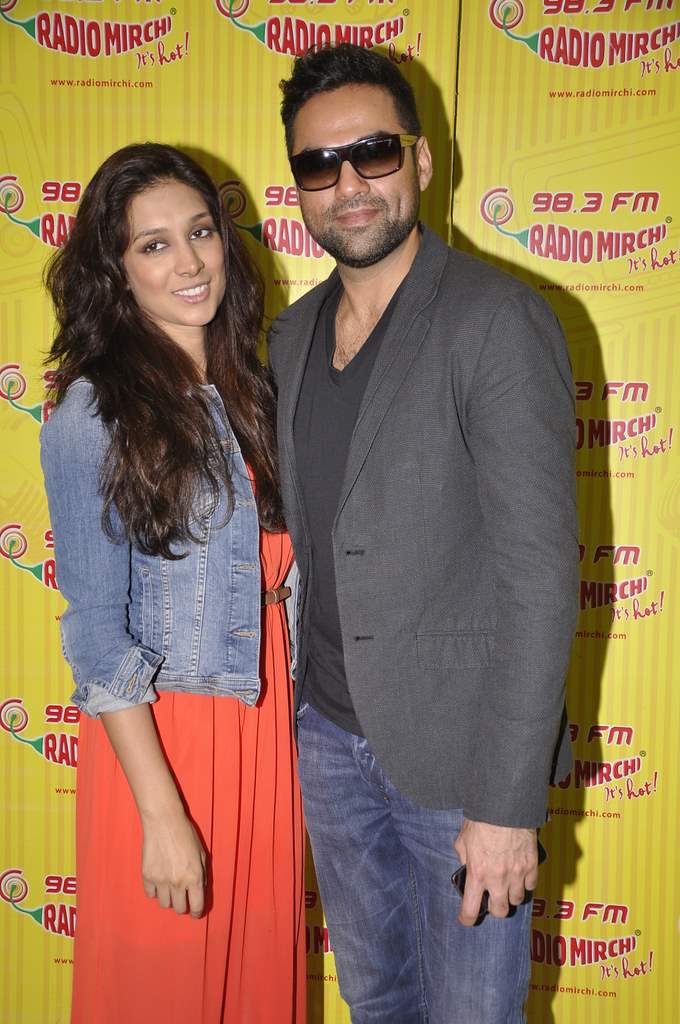 BollywoodGaram.com: Bollywood stars Abhay Deol and Preeti Desai were snapped promoting their upcoming movie ‘One By Two’ at Radio Mirchi 98.3 FM studios in Mumbai on January 28, 2014. ‘One By Two’ will be the first movie to feature Abhay and Preeti together. The two stars are a real-life couple and have been open about their relationship in public.

During the promotional event, Abhay said that every movie is an experience, but their upcoming movie is a special one. The actor went on to say that this is his first production and that his girlfriend is the heroine.

Deol went on to say that the director is his friend and his other friend is a partner at the company and finally all Viacom people have become his friends.