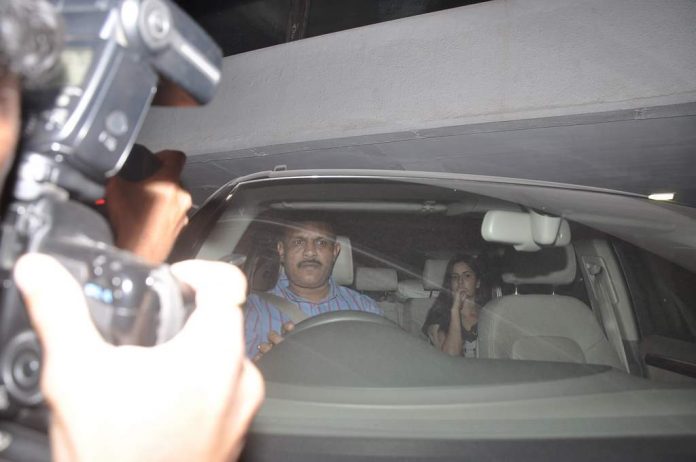 BollywoodGaram.com: Indian actor Aamir Khan hosted a party on January 30, 2014 in honor of the massive success of the movie ‘Dhoom 3’. The ‘Taare Zameen Par’ actor invited some of his closest friends and the entire cast of the movie.

Aamir’s best friend, Salman Khan was not present at the bash, but celebs who were snapped attending the event included Ranbir Kapoor, Karan Johar, Katrina Kaif, Ayan Mukherji and Arti Shetty. In recent times, Ranbir and Katrina have made several public appearances together, but this time, the two stars kept a distance. The couple’s breakup rumors are still doing the rounds as the movie ‘Jagga Jasoos’ has been delayed.

Katrina came to the party in her own vehicle, while Ranbir arrived separately in a chauffeured car, so that there was not a single moment when photographers could click them together. The makers of the movie ‘Dhoom 3’ have all reasons to celebrate, as the flick broke all records of box office collections.

The movie is directed by Vijay Krishna Acharya and is produced by Aditya Chopra. ‘Dhoom 3’ is the third installment of the ‘Dhoom’ series . Apart from Hindi, the makers also released the movie in Telugu and Tamil versions for the regional audience.