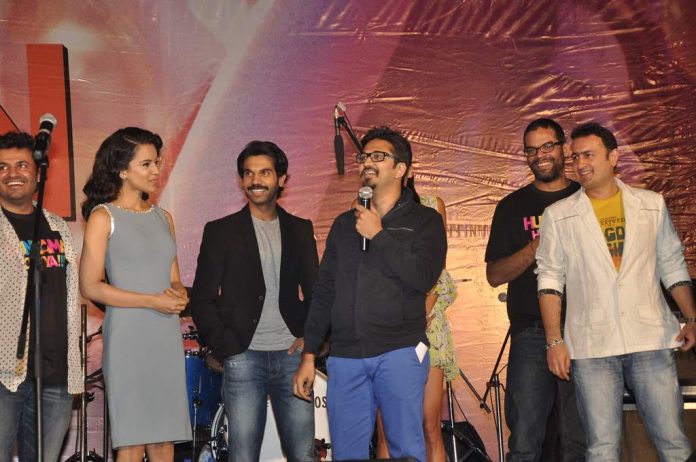 BollywoodGaram.com: Stars of the upcoming movie ‘Queen’, Kangna Ranaut and Lisa Haydon attended the music launch event, which was held at Kala Ghoda Festival 2014 in Mumbai on February 2, 2014. ‘Queen’ is an upcoming Bollywood movie which also features Rajkumar Rao – next to Kangna and Lisa – in the lead roles.

Filmmaker Vikas Bahl wrote the script of the flick with Ranaut in mind. During the launch event, Kangna and Rajkumar were seen shaking a leg on the songs from the flick. The story is about a 24-year old Punjabi girl staying in Delhi, who comes from a conservative family as her brother escorts her everywhere she goes.

The movie’s turning point comes when her wedding is called off by her fiance, played by Rajkumar Rao and instead of crying, she decides to move on.