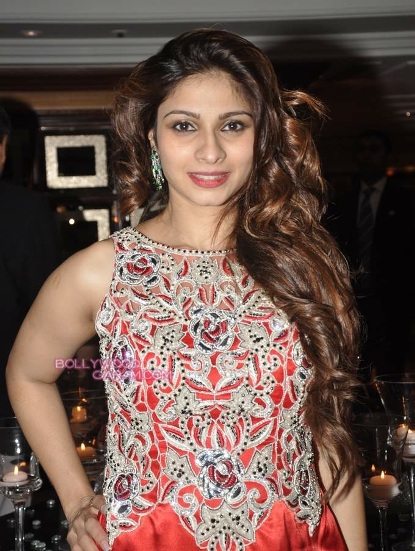 BollywoodGaram.com: Bollywood actress Tanishaa Mukerji and Armaan Kohli rose to fame when they appeared together on the popular reality show ‘Bigg Boss’. After the show ended, the couple was seen spending some quality time together. Close friends of the couple have revealed that the two are quite serious about each other and are thinking of taking their relationship to the next level.

During the Celebrity Cricket League match in Dubai, the couple managed to attract more attention than celebrities on the field. The two were snapped enjoying themselves and having fun watching the match. Reports said that the actress flew down to Dubai one day before the match so that she could spend more time with her love.

Moreover, Armaan was not on the team and did not play due to his injury, so he had all the time to be with his girlfriend. Tanishaa and Armaan were seen being comfortable in public and did not mind posing for photographs together. Both of them seemed very much in love and there was no point in hiding it.

Armaan and Tanishaa grabbed plenty of attention during their appearance on the reality show because of their closeness to each other. If everything goes well, then there are chances that the couple might soon announce their wedding.