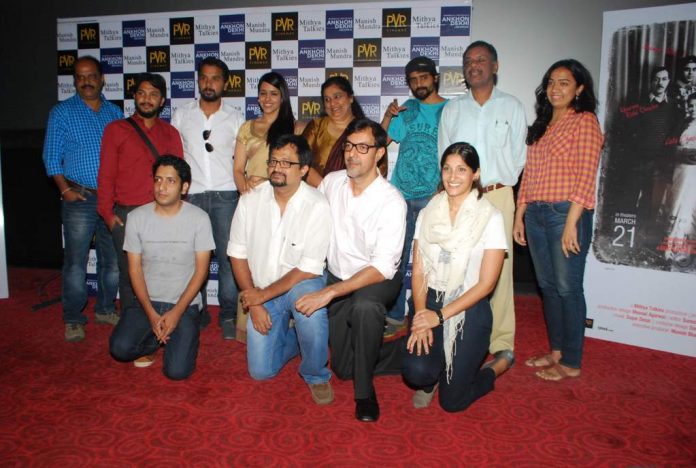 BollywoodGaram.com: The makers of the upcoming movie ‘Ankhon Dekhi’ launched an official trailer video during an event which was held on February 4, 2014. The movie is directed by Sanjay Mishra and the launch event was attended by Maya Sarao, Seema Pahwa, Rajat Kapoor, Taranjeet, Namit Das, Brijendra Kala and Manu Rishi Chadha.

The movie is written and directed by Rajat Kapoor, who also plays one of the lead characters, along with Sanjay Mishra. ‘Ankhon Dekhi’ is all set to hit the theaters in India on March 21, 2014. Sagar Desai composed the music for the movie, while the editing and cinematography have been done by Suresh Pai and Rafey Mehmood, respectively.

The producer of the flick is Manish Mundra.