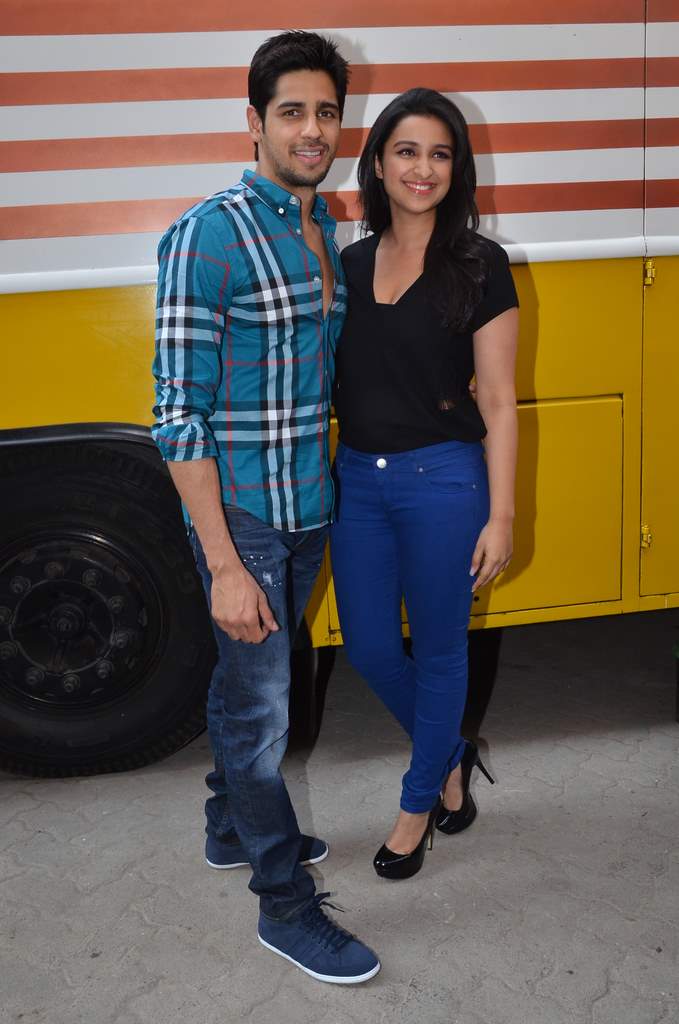 BollywoodGaram.com: The latest Bollywood movie, ‘Hasee Toh Phasee’ has reached the theaters on February 7, 2014. Just one day before the release, two lead actors – Sidharth Malhotra and Parineeti Chopra – promoted the movie at Mehboob Studios in Mumbai on February 6, 2014.

During the event, Sidharth expressed that he was worried about how the movie will do at the box office. Malhotra went on to say that after the super success of ‘Student Of The Year’, there is more responsibility on his part and he is also aware of what is going on around. Both stars appeared casually dressed at the promotional event.

The movie is directed by Vinil Mathew and has been produced by Karan Johar and Anurag Kashyap.