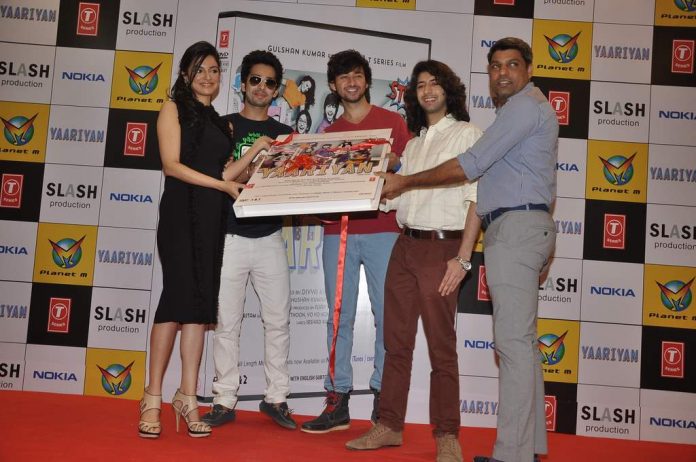 BollywoodGaram.com: The cast of the blockbuster Bollywood movie ‘Yaariyan’ launched the flick’s official DVD at Planet M store in Powai area in Mumbai on February 11, 2014. The movie is directed by actress-turned-director Divya Khosla Kumar and was released on January 10, 2014.

During the launch event, Kumar said that she was happy and thankful to God and the audience who made the movie the first superhit of 2014 and the only hit of January 2014. The director went on to say that everyone praised the flick and congratulated her personally.

Honey Singh’s song from the movie, ‘Paani Paani’ has become a major hit among music lovers.