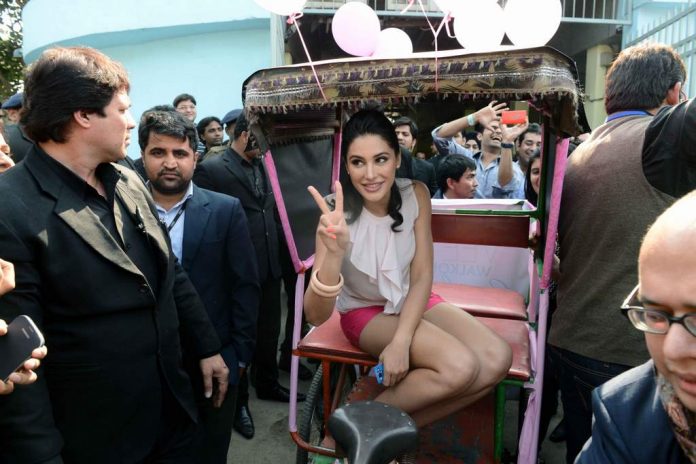 BollywoodGaram.com: Indian actress Nargis Fakhri – who entered Bollywood with the movie ‘Rockstar’ – attended the latest ‘Veet Be The Diva’ campaign in Delhi on February 12, 2014. The ‘Madras Café’ actress appeared in pink hot pants and a white top for the event.

The company organized an online contest for the campaign and the lucky winners got to meet the Bollywood diva. The official Facebook page of Veet India posted that the actress released pink balloons as a celebration of beauty and confidence. After making a successful debut opposite Ranbir Kapoor, the actress worked opposite John Abraham in ‘Madras Café’.