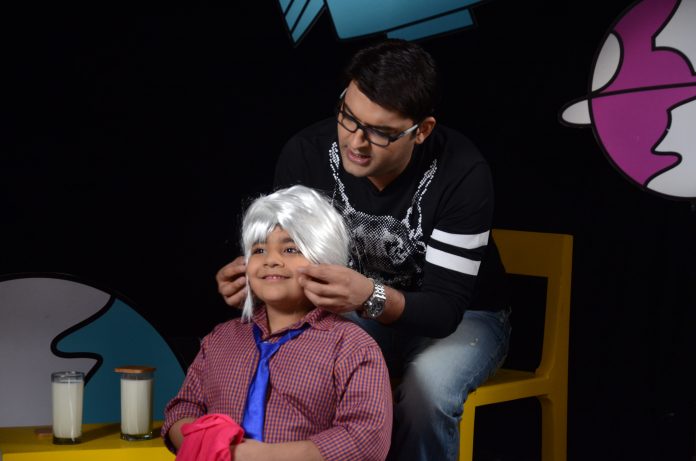 BollywoodGaram.com: Indian comedian Kapil Sharma – who is known for his popular comedy show ‘Comedy Nights With Kapil – appeared on Disney’s new talk show ‘Captain Tiao’ at Mehboob Studios on February 13, 2014. Until now, Sharma has been interviewing celebrities on his show and now the comedian made an appearance as a guest.

While talking about his experience on the show, Sharma said that he had a fabulous time with Captain Tiao. The comedian went on to say that the child is full of questions and that he reminded of himself as a child.

Sharma also mentioned that the questions of the kid is what makes the show unique.