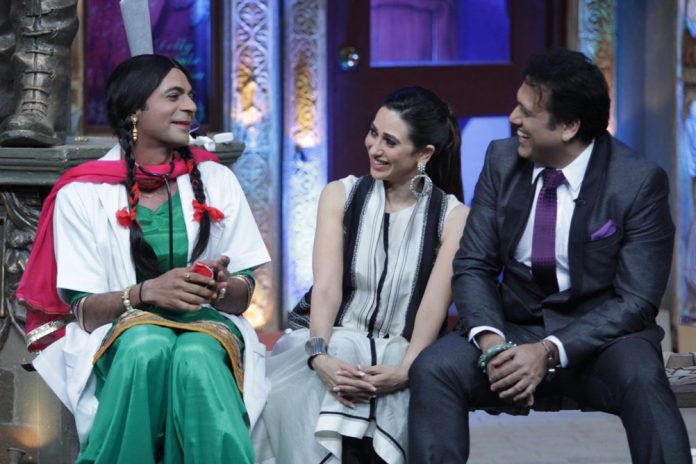 BollywoodGaram: One of the most popular on-screen couples of the 90’s, Govinda and Karisma Kapoor appeared on the ‘Mad In India’ show on Star Plus. The famous duo will be seen during the second episode of the show ‘Mad In India’.

The host of the show, Manish Paul said that it turned out to be a fabulous episode. Paul went on to say that stars usually come on the show to promote their movies, but this time they wanted something different. While on the sets, Govinda and Karisma danced to some of their popular Bollywood numbers.

Paul confessed that the most exciting moment was when Karisma danced with him on the song ‘Tu Mera Hero Number One’.