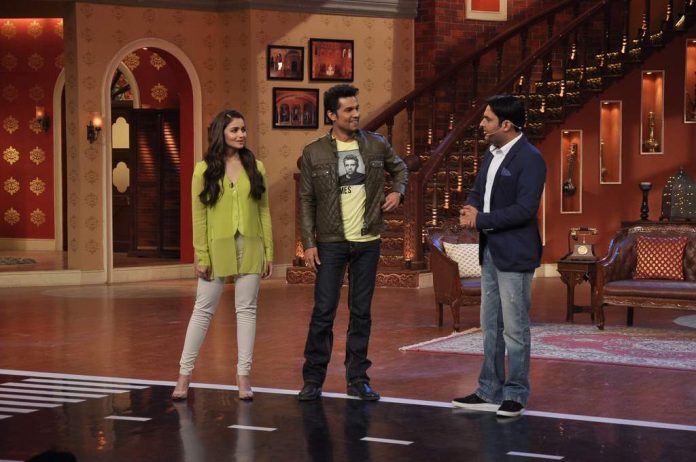 BollywoodGaram: The lead actors of ‘Highway’, Alia Bhatt and Randeep Hooda promoted their upcoming movie on ‘Comedy Nights With Kapil’ in Mumbai on February 16, 2014. In the new movie, Alia will be seen mostly without any makeup.

While talking about her look, the ‘Student Of The Year’ actress said that she did not have a problem shooting without makeup and that there was no fuss about touch-up. Alia and Randeep had a great time with the characters on ‘Comedy Nights With Kapil’.

The story of the movie is about a girl who gets kidnapped, but instead of panicking, she actually starts enjoying her time away with the kidnappers.