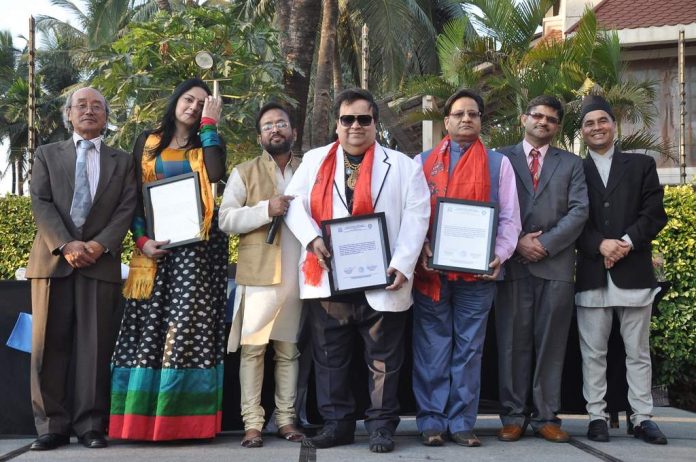 BollywoodGaram: Indian music composer and singer Bappi Lahiri has been announced as the brand ambassador for Education for all campaign by the National Federation of UNESCO. The announcement was made during an event in Nepal on February 17, 2014. Designer Agnimitra Paul was one of the guests at the felicitation event.

The event was organized by the National Federation of UNESCO Clubs, Centres and Associations of Nepal. Lahiri was honored for his outstanding contribution to music industry. During the event, Lahiri spoke about the importance of the campaign and said that literacy is the foundation of development.

Bappi was popular in the 80’s and 90’s and composed some of the blockbuster hits, including ‘Disco Dancer’, ‘Sharaabi’ and ‘Dance Dance’.