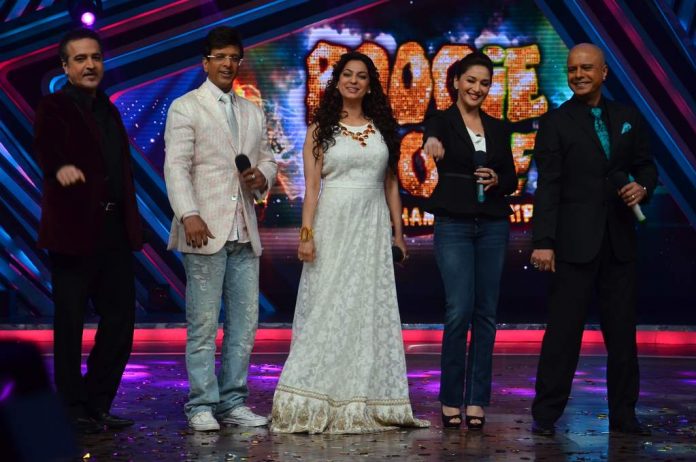 Both Madhuri and Juhi looked elegant and beautiful for the event, as the ‘Dhak Dhak’ actress arrived in casual blue jeans and a blazer, while the ‘Qayamat Se Qayamat Tak’ actress was seen in a white gown. While talking to the media, Madhuri expressed that she loves to see children dancing, as this is the age when they should start.

The upcoming Bollywood flick ‘Gulaab Gang’ is all set to hit the theatres on March 7, 2014.